Challenge yourself by trekking the Kokoda Track 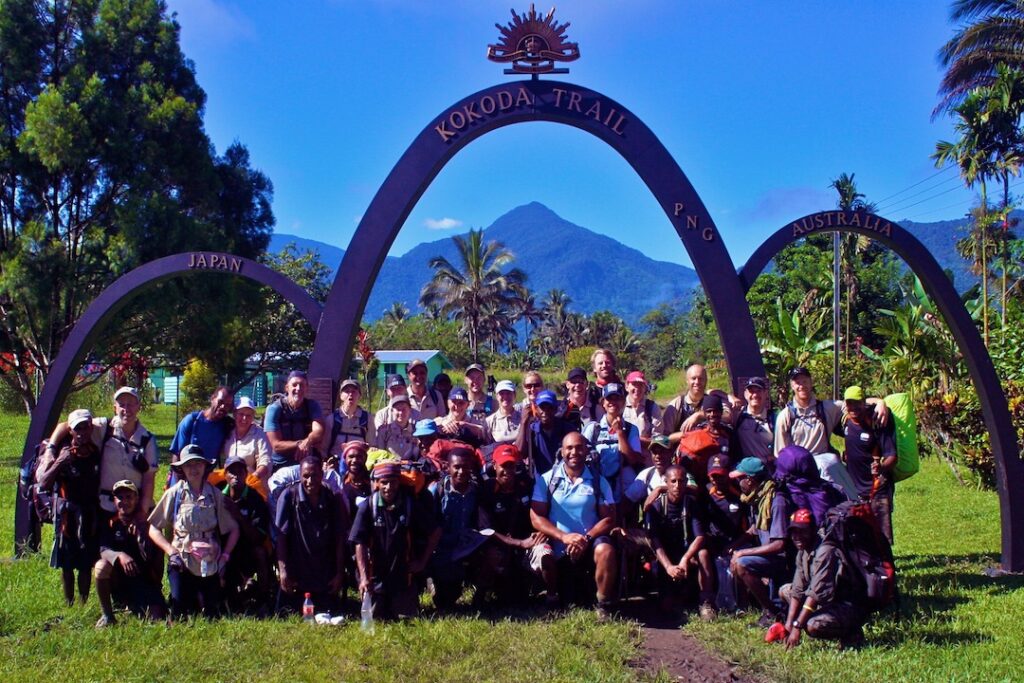 A place of ANZAC reverence and personal challenge, the Kokoda Track has been a place of pilgrimage for travellers for many decades.

The Kokoda Track is one of the many walking tracks in Papua New Guinea that existed long before the Europeans discovered this part of the world. It was used for trade and cultural interaction between tribes and is still used for these purposes to this day.

The Kokoda Track campaign consisted of a series of battles fought between July and November 1942 in what was then the Australian Territory of Papua. During World War II, the Japanese decided to use the trail as means of ground attack against the Australians in Port Moresby. The idea was to take Port Moresby and use it as a base from which to stage a direct assault on Australia.

One end of the track lies in the north of the country at a village called Kokoda. It then winds a single-file foot thoroughfare for 96 kilometres up and down over the rugged Owen Stanley Ranges and finishes in the south at Ower’s Corner nearby Port Moresby. It reaches a height of 2,490 metres as it passes around the peak of Mount Bellamy, and travels primarily through the land of the Mountain Koiari people.

Both Kokoda and the Northern coastal plains were the scenes of violent close contact jungle warfare as the Australians retreated in the face of the Japanese onslaught. The Japanese were finally stopped at Imita Gap as they had extended their supply lines too far in the rugged terrain and began to die of starvation. The Australians then chased them all the way back to the northern coastline.

Australians are very proud of their military history, and the Kokoda Spirit touches many who have heard about the remarkable Australian forces and their achievements along the Kokoda Track. 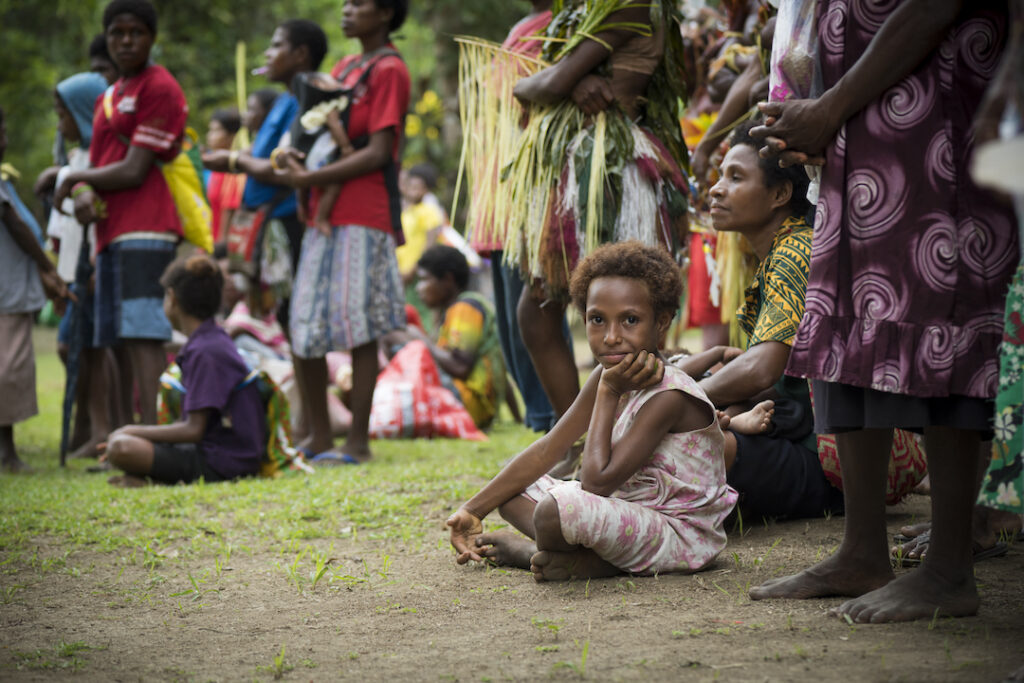 For the communities along the Kokoda Track, the same sense of pride and history exists, with many living on the Track having direct descendants of the Fuzzy Wuzzy Angels. Fuzzy Wuzzy Angels, are names given to their ancestors as a term of endearment given by the Australian soldiers to the locals who saved their lives by either carrying them to safety or bringing food and supplies back to the front line.

Today the remains of the war lie strewn in the jungle and the track have reverted to quiet solitude, disturbed only by occasional trekking groups. There are several villages along its length inhabited by peace-loving, hospitable locals.

Embarking on such a challenging trek along the Kokoda Track is not an easy task. Hiking the trail normally takes between four and twelve days, depending on fitness levels, and you are met with challenging conditions. Hot, humid days are followed by intensely cold nights. There is often torrential rainfall and the risk of endemic tropical diseases such as malaria make it an even more challenging trek.

The track can be walked from either direction. Along the way, there are a number of guesthouses located in the villages and traditional rest spots. The main villages you will pass on the track include Naoro, Menari, Efogi Creek 1 and 2, Kagi, Alolo, Isurava, Hoi and Kovolo. In the villages, you will come across friendly locals who will be keen to sell you some local produce and drinks. 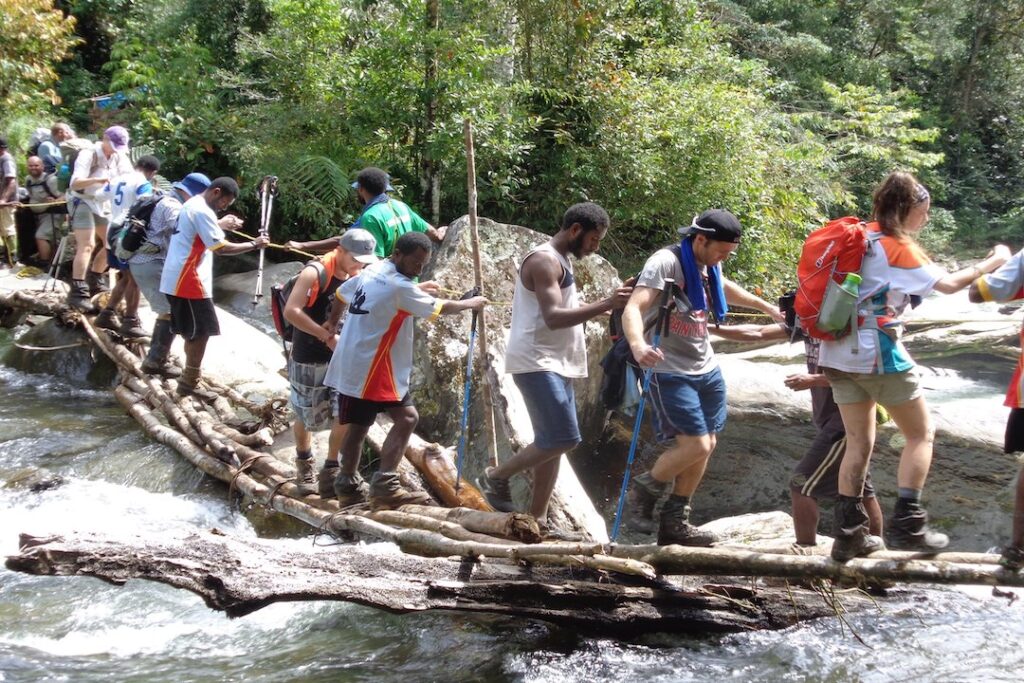 It is highly recommended that you engage with a specialised company to assist with the journey and the Kokoda Track Authority (the PNG Special Purpose Authority with responsibility for managing the Track) requires tour operators to hold a Commercial Operators Licence to lead treks along the Kokoda Track and purchase a trek permit.

By travelling with a licensed operator, you can rest assured your safety comes first. They are required to carry first aid kits, undertake first aid training, carry radios or satellite phones and most importantly, respect the people who live along the track and ensure their porters and guides are treated in a professional manner.

Papua New Guinea owned and operated company, South Sea Horizons, practise responsible tourism that gives back to the communities they interact with. They only employ local Papua New Guineans as porters, historians and cooks. The local porters used while trekking includes direct descendants of the last remaining ‘Fuzzy-Wuzzy-Angels’.

South Sea Horizons has been leading groups along the Kokoda Track since 2008 with an exceptional trek completion rate of 99 per cent. On their Kokoda expedition, you will set out to explore the complete route of the campaign, starting from Kokoda to Owers Corner. The journey treks across the Owen Stanley Ranges, taking in all the main Kokoda battle sites as you appreciate the rugged beauty of the region, as exemplified by this mountain range.

The Kokoda is a tough but rewarding journey that will be an everlasting memory.

Want more ways to challenge yourself and get your heart pumping? Check out ziplining in Rotorua.