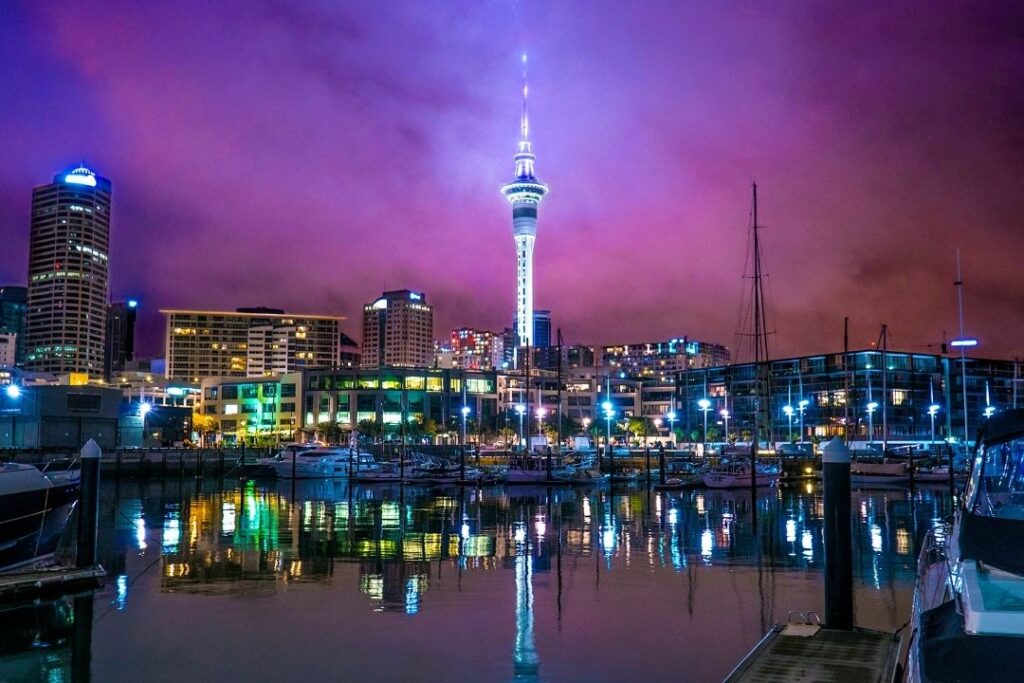 For an unusual and immersive experience in Auckland that all of the family will enjoy, get into the action with the All Blacks.

You won’t find a more passionate rugby nation than New Zealand. They absolutely lord their national rugby union team, the beloved All Blacks.

Rugby is considered a national sport in New Zealand and if you venture around the country, you will often see matches being played and kids kicking the football in a park.

Since their international debut in 1903, New Zealand teams have played test matches against 19 nations, of which 11 have never won a game against the All Blacks. The All Blacks won the Rugby World Cup in 1987, 2011 and 2015. They have also won the Rugby Championship trophy eighteen times in the competition’s 25-year history, playing against Argentina, Australia and South Africa.

So it is easy to see why they are so well-loved. When visiting Auckland in New Zealand’s North Island, you can experience the passion for the All Blacks and the country’s love of rugby at the All Blacks Experience.

A joint venture between New Zealand Rugby and Ngāi Tahu Tourism, this experience is a fully-guided, state-of-the-art, interactive showcase featuring New Zealand’s national rugby teams. As an Australian and Wallabies supporter, I was at first hesitant to step behind enemy lines to do this, but I had heard such rave reports that I thought I would give it a try.

The 45-minute guided tour is both a sensory and interactive experience, celebrating New Zealand’s rugby heritage, achievements, and culture. Along the way, you learn exactly what it takes to make, shape and be an All Black as you follow the journey a player takes from club rugby to become an All Black (the national men’s team) or Black Fern (the national women’s team).

A talk about the history, culture and the people who have made the All Blacks and teams in black revealed the importance of the story of Aotearoa. This is bolstered when you feel the full force of the Haka. Stood in front of a four-metre high TV screen replicating just what it would be like to stand in front of the All Blacks on the field before a game, you experience the excitement and emotion of game day. You are immediately drawn into the jaw-dropping, knee-trembling and awe-inspired Haka experience.

Throughout the experience, you hear directly from past and present legends of the game, discovering the stories behind some of world rugby’s most well-known players, moments and matches. What stands out is the humility, humour and connection that exists between all that wear the black jersey. I was incredibly lucky at the time to meet the legend Ian Jones and see the Bledisloe Cup.

I jokingly mentioned that it had been a while since an Aussie had been so close to the cup and the friendly banter continued through our conversation.

It isn’t all about the All Blacks though, as the female team, the Black Ferns, the Maori All Blacks and All Blacks Sevens all make an appearance here. The experience pays homage to all those that wear the black jersey and represent their country with the dignity, strength and skill required to be the best of the best. The passion for this game and the players runs deep in New Zealand.

If you have made it to just about the full-time whistle on the tour, there is one last chance to score the ultimate experience, in the Step-Up zone. This is an interactive space where participants can harness their competitive spirit and burn off some energy by testing their rugby skills. Racing against the clock in the agility sprints, try your boot at kicking, catching, line out and accuracy skills which are then matched against All Blacks, Black Ferns and others. This hands-on interactive zone will leave you in awe of the ability the players have and who knows, you may discover you have some hidden talents.

I did not discover any hidden talents but I did find a greater appreciation for not only the New Zealand teams but athletes in general. The pure determination, grit and dedication that it would take to be a player at that level is mind-boggling. Even if you are not a rugby fan, the experience is well worth the visit and will have you leave a converted rugby fan.

And you won’t leave empty handed. In addition to the memories of the experience, everyone gets to take a piece of the All Black legend home with them. Yes, even if you didn’t match up to the skills of the All Blacks in the Step-Up zone, you still get your very own black jersey personalised with your name and number. Now that certainly beats a fridge magnet or spoon to add to the collection.

For more stories about our amazing pacific islands, read about finding the perfect balance in New Zealand.